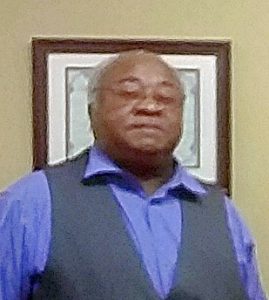 “He was always very dedicated,” said former Gray Court Mayor John Carter, who worked on the Gray Court Town Council with Brewster for over three decades. “He will be missed.”

“I began working with Mr. Brewster in 2011 when I was elected as a councilmember,” said Gray Court Mayor Stellartean Jones. “We sat side by side all those years.

“He was an upright man. He would speak his opinion. When I became mayor, he became something of a mentor to me. If an issue would come up, he was a phone call away. When I had a question, he’d give me an answer – and it was always an honest answer.”

Brewster served as president of the local NAACP from 2010-2018 and voiced concerns about race relations taking steps backward in recent years.

“I served beside him,” said Shirley Clarke, first vice-president of the Laurens County NAACP. “We tried to work together and carry out the mission of the NAACP side by side.”

Brewster’s duties on the Gray Court Town Council included heading up the town’s annual Christmas parade, a job he took very seriously as a matter of civic pride for the town.

“There were a lot of things we got done and some things we didn’t because we didn’t have the money,” Carter said. “But he was dedicated to this community, and the community is going to miss him.”

Funeral arrangements are being handled by Beasley Funeral Home and were still pending Tuesday afternoon.

A special election to fill Brewster’s at-large seat on the Gray Court Town Council is set for June 2.