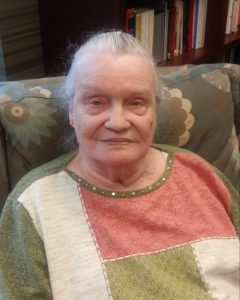 Dorothy Elsita Tenney, 88, formerly residing at Bailey Manor and previously of Greenville and Laurens, passed away peacefully on March 8, 2020, at home in Waterloo.

She was born in Nebraska and raised in the midwest before moving to New York during her college years. She moved to Laurens in 1980.

In addition to her late parents Margaret and Ralph Tenney, Ms. Tenney was predeceased by her grandson, Brandon Crowe; her son, James R. Castillo; and her brother, Willis Tenney.

A local Celebration of Life will be planned for a later date, and a graveside memorial service will be conducted a later date with interment at Pine Grove Cemetery in Brunswick, Maine.