FacebookEmail
| logout
Every 10 years since 1790, the United States government 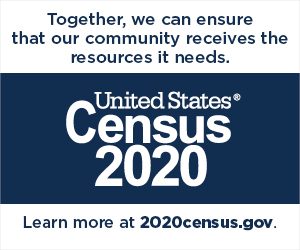 has launched a census to try and count every resident within the nation.
At Clinton City Council Monday night, Census Partnership Specialist Carolyn Calwise of Atlanta explained to council members why an accurate count is essential to the federal funds which flow into each county. She explained that the technology available now is changing much of the census collection to a digital format, but getting everyone to participate can still be a challenge. Mailings are due to go out soon.
“These will be addressed ‘to the resident of …’ and we often throw those away,’” Calwise said.
Locally, volunteers and staff are working to educate Laurens County residents about what to expect.
“The invitations to participate in the census will go out in the mail from March 12-20,” said United Way of Laurens County executive director Alesia Carter, who is also serving as chair of the Laurens County Complete Count Committee. “Then four reminders will be sent through the end of April.”
After that point, families which have not completed census forms will be visited by U.S. Census workers, and the media kit bags will be clearly labeled as Census workers. In addition, all Census workers will also have a badge clearly identifying them as Census workers.
In the meantime, those working with the Laurens County Complete Count Committee will be developing creative ways to educate the public about the importance of counting every person in their households, especially teaching residents that Census information is never shared with other agencies.
“Accurate numbers are important, because if 100 people are not counted, that will reduce the federal dollars available to our community by more than $2.6 million over the next 10 years,” said Carter. “In 2010 Laurens County had a 63.8 % response rate, and that costs the county tremendously in funds and services.”
The federal funds based on population growth or decline covers such services as health care, highways and other infrastructure and monetary assistance for those below the poverty threshold, not to mention state and federal representation.
Carter said the U.S. Census Bureau’s media campaign and the committee are getting the word out through schools, churches and potentially through planned block parties that every person in every household must be counted, and no information is shared with any other agency.
Posted in News and tagged census, census 2020, Laurens County, Laurens County South Carolina, United Way, United Way Laurens County