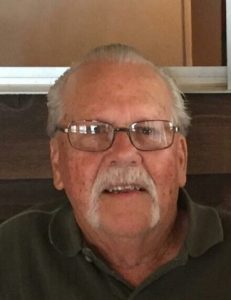 Born in Greenville, he was the son of the late Clifton Guthrie and Loretta McMakin Moody. He was a US Army Veteran 82nd Airborne Paratrooper and retired as an Electrical Superintendent with Crowder Construction. Mr. Moody was a Mason and Shriner and was of the Baptist Faith. He was an avid golfer and member of Lakeside Country Club where he loved to play with the Dog Fighter group.

Memorial services will be 2:30 PM Sunday, March 8, 2020, at Kennedy Mortuary Chapel conducted by Dr. Toby Frost with Military Honors. The family will receive friends one hour prior to the service.

The family will be at the home of Eric Venable.

Memorials may be made to Shriners Hospital for Children, 950 W. Faris Road, Greenville, SC 29605 or a charity of one’s choice.