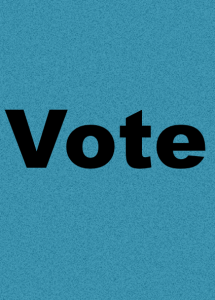 Primary for the Democratic candidates, representatives from the national campaigns visited with Laurens County residents last week, and this week those still in the running have been in Charleston, with more heading to Greenville ahead of Saturday.
In the meantime, the Board of Voter Registration and Elections for Laurens County has been working to get the word out that this weekend’s primary is for all voters, regardless of typical party affiliation, and that there are a few precinct changes planned.
“Even if you normally vote Republican, you can vote on Saturday,” Director Lynne West said.
The Board of Voter Registration and Elections for Laurens County has also been working on getting precinct locations which are ADA-approved, West said.
The precinct site changes involve voters at the Waterloo, Mt. Olive and Brewerton precincts.
Waterloo voters who have previously voted at the Waterloo Fire Department will now go to the Laurel Hill Baptist Church at 101 Riverfork Road, Waterloo.
In Mt. Olive, voters will now go to the Reedy Grove Church at 6608 Riverfork Road, Waterloo, instead of the Mt. Olive Community Building.
The Brewerton Precinct location has been changed from Mt. Bethel Methodist Church to Princeton Baptist Church, at 18832 Hwy. 76 W., Honea Path, where voters will be voting along with Princeton Precinct voters.
So who’s on the ballot?
This Saturday’s Democratic Presidential Primary Polls will be open from 7 a.m. to 7 p.m. for all 34 precincts in 33 locations, as Princeton and Brewerton will be combined, according to Lynne West, the director of the Board of Voter Registration and Elections for Laurens County.
“Anyone can vote no matter which party they typically align with,” West said, “but voters need to realize that everyone on the ballot is not still a candidate.”
Candidates have continued to withdraw from the race as the South Carolina Primary nears.
“There was a deadline for candidates to be removed, so candidates who have dropped out since the ballot was created will still be on the ballot,” West said, “but we have a poster at each precinct to let everyone know who is still a candidate and who has withdrawn.”
According to www.scvotes.org, the following candidates have filed and been certified for the February 29, 2020, Democratic Presidential Preference Primary, whether or not they have since withdrawn.
Candidates as of Monday afternoon include the following:
Michael Bennet – Withdrew, name will appear on ballot
Joseph R. Biden
Cory Booker – Withdrew, name will appear on ballot
Pete Buttigieg
John K. Delaney – Withdrew, name will appear on ballot
Tulsi Gabbard
Amy Klobuchar
Deval Patrick – Withdrew, name will appear on ballot
Bernie Sanders
Tom Steyer
Elizabeth Warren
Andrew Yang – Withdrew, name will appear on ballot
Other candidates who filed but withdrew in time to be removed from the ballot include Julian Castro and Marianne Williamson.
Voters can vote in the primary regardless of their usual political affiliation, West said, although they needed to have registered by Jan. 30. Absentee voting is allowed in person up to 5 p.m. this Friday, Feb. 28.
For additional questions contact the Board of Voter Registration and Elections of Laurens County, 864-984-4431. The office is located in the lower floor of the Historic Courthouse, Courthouse Square, Laurens.
Posted in News