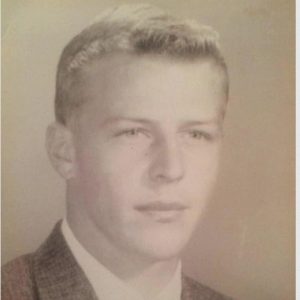 John Hartford Smith, 79, died peacefully at home on Thursday, February 20, 2020. He was born on October 13, 1940, in Columbia, and spent his early childhood in Athens, GA, and Marietta, GA. He is preceded in death by his parents, Richard Hallum Smith of Smoaks and Eatofel Vereen Arehart of Little River; stepfather, Marcus Alton Thompson of North Myrtle Beach; and sister, Jeanne Sowell of North Myrtle Beach. He returned to Little River to grow up surrounded by his large extended Vereen family. The Vereens (Huguenots from France) settled there as one of S.C.’s first families with a land grant in the late 1600’s which spanned the length of the Grand Strand. He graduated from Wampee High School in 1958 and went on to become a freshman Citadel cadet and a graduate of Wofford College. After graduation he worked as a manager with Milliken and a Vice President with Butte Knit in Spartanburg for 20 years while raising his family. Mr. Smith relocated to Laurens in 1983 where he owned and operated Green Street Minimart until he retired in 1995. After retiring, he returned to Little River where he designed and built his home on the Little River Inlet on property that was in the family from the 1600’s. He was a member of Little River UMC and an avid sailor with the Long Bay Sailing Association. He is known for his athleticism, intelligence, wit and wisdom; a friend to all. Mr. Smith is survived by his wife of 37 years, Lisa; his four children, LeeAnn James (Brian) of Australia, John “Jerry” Smith (Marites) of Spartanburg, Mary “Mimi” Yeager (Terry) of Atlanta and Susan Freeman-Rundell (Tim) of Little River; his brother, Marcus Thompson of Supply, NC; 10 grandchildren; 4 great-grandchildren; and beloved nieces and nephews. A memorial service is scheduled for Mr. Smith at 2 p.m. on Saturday, March 21, 2020, at McMillan-Small Funeral Home. Reception immediately follows. In lieu of flowers, donations may be made to: The American Heart Association: www.heart.org or The American Diabetes Association: www.diabetes.org. An online obit is available at msfh.net.