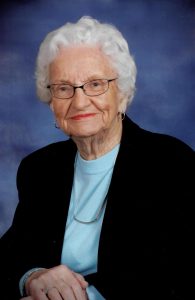 Beloved wife, mother, daughter, sister and dear friend to so many, she was born in 1921 in Franklin County Georgia. She was predeceased by her parents, Annabelle Lee Shirley Parker and Clyde Lee Parker. She was also predeceased by her younger brother, John Reid Parker and her older sister, Sara Frances Parker Meredith.

Mrs. Hellams grew up in Anderson, S.C., and graduated from Anderson (Girls) High School with post-secondary training in accounting. She was employed as a bookkeeper for Carolina Milling Company in Laurens.

The Hellams moved to Union in 1964 where she was an active volunteer; charter member of hospital auxiliary; member of Grace United Methodist Church and the Clyburn-Whitener Sunday School class; member of the Family and Community Leaders Organization; Methodist Care Group and Young at Heart. Mrs. Hellams was also an avid bridge club member and true fan of Clemson football. In addition, she found time for a vegetable garden.

The family is very grateful to the many angels who cared for Mrs. Hellams at Heartland Healthcare of Union and Heartland Hospice Care.