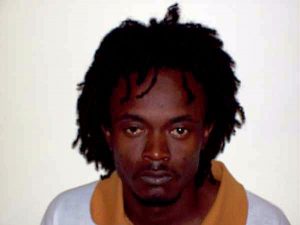 A Cross Hill man now faces charges stemming from a Jan. 15 accident that left one woman dead and another injured in Gray Court.

Steven Renaud Jackson, 38, was arrested this past week by the South Carolina Highway Patrol and charged with felony DUI resulting in death and possession of marijuana with intent to distribute.

According to the SCHP, Jackson was traveling eastbound on Highway 14 near Equinox Drive in Gray Court when he crossed the center line and collided head-on with a Honda SUV just before 6 a.m., killing Patricia “Patti” Black Wootton, a passenger in the vehicle.

According to the Laurens County Coroner’s Office, Wootton died of blunt force trauma to the chest. Jackson and the driver of the SUV were also injured and transported to Prisma Greenville Memorial Hospital.

Jackson was released from the Johnson Detention Center on bonds totaling $85,000.

Woman charged with ill-treatment of animals

Investigators from the Laurens County Sheriff’s Office arrested a Greenwood woman this past week in a case of animal abuse dating back to this past October.

Taylor Alexis Sisk, 27, was charged with ill-treatment of animals. According to reports, Sisk failed to care for seven dogs in her care at a Waterloo residence.

Sisk has since been released on bond from the Johnson Detention Center.

A Joanna woman has been charged with receiving stolen goods after being found allegedly in possession of a stolen handgun.

Rebecca Danielle Castaneda, 23, was charged Friday with receiving stolen goods valued at under $2,000, petit larceny and use of a vehicle without permission.

She remained in the Johnson Detention Center Tuesday morning.

Laurens Police arrested a Laurens man Sunday and charged him with forgery and possession of stolen property.

Joseph Bernard Harris, 34, is alleged to have passed a forged check with a value under $10,000. Other charged included possession of stolen property and buying, receiving and possession stolen goods.