Laurens, S.C. – Officials from the cities of Laurens and Clinton 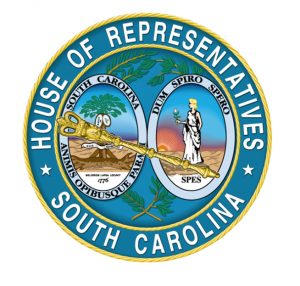 will be heading to Columbia on Tuesday for the Hometown Legislative Action Day, hoping to convince legislators to vote against House Bill H4431, a business license reform bill which could drastically cut revenue for already cash-strapped smaller cities.

Senn wrote a letter to local delegation members explaining the city’s dilemma if the bill passed, and in January, Clinton Mayor Bob McLean signed a petition asking Gov. Henry McMaster to forego signing the measure if it made it to his desk.

“It would hurt Clinton, but it could bankrupt some of the small cities,” said McLean.

State law currently allows each municipality to set its own business license fees in order to help the cities meet crucial needs, but H4431, now in committee, would drastically reduce those fees, and some out-of-town businesses would avoid them altogether. The bill was introduced during the 2019 legislative session by Rep. Jay Jordan of Florence and it has gained traction this year with 20 co-signers, almost all of whom are from larger metropolitan areas or coastal communities.

UNWANTED BILL – Still in committee, House Bill H4431 is seen as a major budget reducer by smaller cities across the state.

Local officials claim the bill would benefit large corporations which are based in one place but go into many different cities to do business without providing any compensation to those towns. Since rural cities with decreasing population are also prohibited by state law from raising taxes, the funds gathered from outside businesses have become one of the few sources of revenue for the general fund to cover salaries of law enforcement and fire personnel. The bill would also prohibit the small towns from hiring consulting firms which help them identify some of these outside businesses.

To make it worse, the bill requires a quarter of the few funds collected back to Columbia, said Laurens City Administrator Gary Coleman.

“It’s a bad bill in every way and it would be devastating,” Coleman said. “Larger cities can absorb those losses because they have a high property tax base, but smaller cities and towns don’t have that buffer. We are already lean so we would have to make major cuts in our payroll.”

“It would decrease our budget by at least 20 percent,” said Laurens Mayor Nathan Senn following a called meeting on Wednesday. “We have a $7.2 million budget, and a 20 percent cut would take away $1.48 million.”

At its January meeting, City of Clinton’s Finance Officer Renee Morrow said passage of H4431 would cut Clinton’s revenue stream by at least 15 percent, with an estimated $947,000 cuts from the general fund.

“The bill allows businesses outside the city to receive the most benefits, and businesses inside the city limits do not get deductions or a business license cap.” Morrow said. ”And actually it complicates the system.”

“I will not vote for it as it is written,” said District 16 House Rep. Mark Willis. “I’m going to listen to my constituents and I am hoping for a compromise or an amendment to protect smaller cities.”

District 42 Rep. Doug Gilliam said he knew that Clinton and Union city officials were very concerned, “and I believe it will hurt all our rural counties,” he said.

Dist. 14  Rep. Stewart Jones had said early last week that he wasn’t sure how he would vote on the bill, but on Tuesday, Feb. 4, he said the amendments coming out of committee are not addressing the concerns he had regarding the fees the state would be taking.

“I don’t believe the state should be taking the money from the local municipalities,” Stewart said. “I don’t believe this bill will address the concerns I have with business license reform and therefore I’m going to vote against it.”

Stewart added the standardization of business licenses between cities is needed, however, and the development of a way to “make it more seamless for businesses operating in multiple cities would be a good thing.”