Two apparently unrelated murders in as many days in Laurens this past week led to two arrests in one case as investigators continue to chase down leads in the other.

On Friday morning just before 8:30 a.m., gunshots rang out at a Fleming Street residence in Lauren. Kimori T. Godfrey, 21, of Laurens was found dead at the scene. 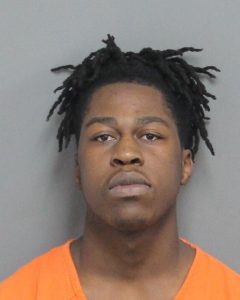 Less than four hours later, Azaerion D. Jones, 19, of Laurens was arrested by Laurens Police and charged with murder and possession of a weapon during the commission of a violent crime.

On Thursday around 3 a.m., deputies from the Laurens County Sheriff’s Office were called to the scene of a shooting on Walker Avenue, outside of the Laurens City limits. Rasham Walker, 32, was found dead of multiple gunshot wounds to the chest.

According to the LCSO, investigators are still following leads in the killing of Walker, and no arrests have been made. It was the first homicide reported in Laurens County this year.

The State Law Enforcement Division (SLED) was called in on both cases.

Jones was arrested by LPD officers just before noon Friday after fleeing the scene on Fleming Street. 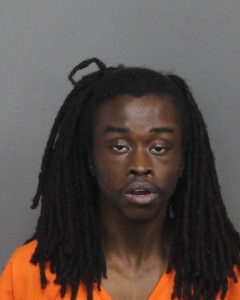 Following that arrest on Friday, Nakerrius Lashad Pressley, 19, of Fleming Street was charged with obstructing justice, attempted murder, possession of a weapon during the commission of a violent crime and discharging firearms into a dwelling.

According to reports, Pressley allegedly followed Jones to another Laurens residence and fired a weapon into it with Jones inside.

Lattimore said both criminal acts, including the murder of Godfrey, apparently stemmed from another incident that had happened earlier in another area of the county. Godfrey died from a gunshot to the head, according to the Laurens County Coroner’s Office.

Pressley is alleged to have hidden the gun he used underneath the Fleming Street house. It was located by SLED investigators.

Neighbors said they heard multiple gunshots coming from the Fleming Street residence prior to the police being called.

Investigators initially attempted to find a link between the two homicides, but Lattimore said the crimes are apparently unrelated.

LCSO investigators are continuing to follow leads in the Walker homicide and have asked for the public’s help for information. Anyone with information can call CrimeStoppers at 864-68-CRIME to offer anonymous tips or can call the LCSO at 864-923-2523.