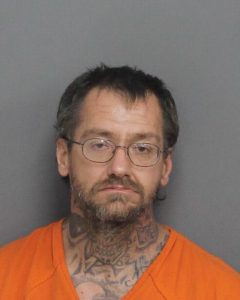 An Enoree man is facing an array of charges after being arrested Friday by the Laurens County Sheriff’s Office.

The LCSO was part of an inter-agency investigation that included the activation of the Laurens County SWAT team, which includes officers from law enforcement agencies across the county, as a precautionary measure.

According to reports, Whitehead was discovered with several firearms on Community Center Road in Enoree, including a handgun reported stolen by the Hartsville Police Department. Other allegedly stolen property included a dirt bike reported stolen in Spartanburg.

Investigators from the LCSO are seeking a suspect who attempted to enter a home and then attempted an armed robbery in Gray Court Sunday night.

The suspect was wearing a black hoodie and a white cloth mask on his face. He was described as approximately 6-feet tall.

According to the LCSO, the suspect attempted to gain entry into a home in Gray Court around 8 p.m. Sunday, but the resident denied him entry and called 911. The suspect then fled. An extra patrol was dispatched to the area.

The investigation into the incidents is ongoing. Anyone with information can report it anonymously through CrimeStoppers and 864-68-CRIME or supply it by calling the LCSO at 864-984-2523.