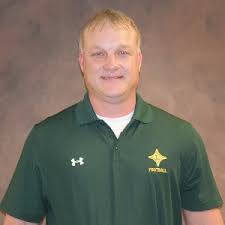 Liner, a former Greenwood High assistant, is returning to the Eagles’ program as head coach.

Former Eagles head coach Dan Pippin retired as football coach after the 2018 season. Greenwood finished 6-5 overall this past season and 4-3 in Region 1-5A and was tied for fourth place with Woodmont.

Meanwhile, Liner guided the Raiders to the Region 1-5A crown, finishing at 9-2 overall and unbeaten in Region 1 at 7-0. LDHS bowed out in the second round of the Class 5A playoffs. He was 34-35 overall in his six seasons with region championships in 2019 and 2016.

“We look forward to building on the success of the football program for our team, school and community. The process of hiring the head coach for the Laurens Raiders’ football program will begin immediately,” he said.

The Raiders are set to move down to Class 4A for the 2020 season, joining Eastside, Greenville, Greer and Greenwood in Region 2-4A.

“We are committed to the continued growth and development of the Raider football program and all of our athletic programs,” Murray said. “We appreciate what Coach Liner has done for the program but his departure creates an opportunity for someone else to step into that head coaching role and lead the program to even greater success.”