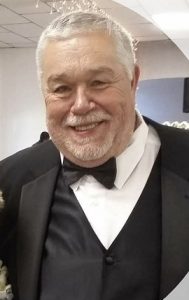 He was born in Whitmire, SC, and was son of the late Bascom and Annie Mae Rhodes Lawson, He was the owner of K9 Kritters, Lawson Gun and Pawn, Lawson Outfitters, former police officer with Laurens County and Clinton Police Department, and former President of the NWTF.

In addition to his parents he is predeceased by his brother, Ralph Lawson.

Funeral Services will be conducted Monday, December 30, 2019 at 3 PM at the Gray Funeral Home Chapel in Clinton. The family will receive friends prior to the service from 1 to 3 PM at the funeral home.