It might take 18 months until it’s ready for use but the Federal Communications Commission just approved “988” as a new 3-digit National Suicide Prevention Hotline,. That is good news for mental

health professionals at a time of year when many struggle more than usual.

“The holidays are tough for a million reasons,” said Charlie Stinson, the director of Gateway Counseling Services in Clinton. “The media portrays this picture-perfect time but whether they’ve lost somebody or because it’s Christmas and they’ve been unable to provide what they want to for their families, it can be hard. Then there are some folks struggling with addictions who are ostracized by their families so you can see an increase in suicides.”

And as much as Stinson wishes the short-hand number of 988 for the suicide hotline was already in place, he’s glad to know it’s coming and that there will be more discussion about the topic. 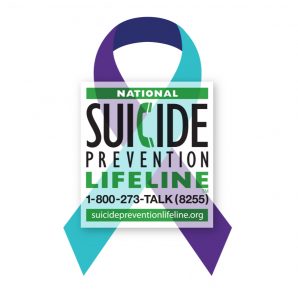 According to the FCC website, the approval came during a Dec. 17 meeting, and FCC Chairman Ajit Pai said that he believes the move to a three-digit call number could save countless lives.

“The evidence and common sense tell us that if we make it easier for people to call for help, more people will get the counseling they need,” Pai said.

Until the new system is in place, the National Suicide Prevention Lifeline remains 1-800-273-8255. It’s helping, Stinson said, but he said mental health professionals know the new 988 number will be better.

“There’s often a lot of alcohol and drug abuse leading up to an attempt, and if you’re on something, you won’t be able to come up with that (longer number),” Stinson said. “Just having the discussions about the new number will help normalize the subject, and that’s what’s really needed.”