Three women were killed this past holiday weekend in two separate single-vehicle accidents in Laurens County.

A fiery crash in northern Laurens County left two Fountain Inn women dead in the early morning hours on the Friday after Thanksgiving.

The single-car crash occurred around 1 a.m. on Nov. 29 and left a stream of fire in its wake.

According to South Carolina Highway Patrol Master Trooper James Miller, the vehicle traveling the on ramp onto I-385 from Highway 14 near Gray Court when the driver lost control, crashing into a stand of trees.

Due to the fire, DNA analysis had to be used to identify one of the victims. A purse survived the blaze and was used to help identify the other victim. The identifications were made by the Greenville County Medical Examiner’s Office.

No other details on the decedents were immediately available. 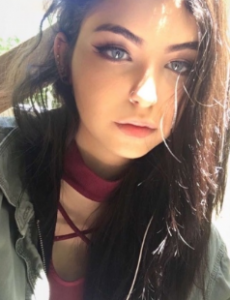 Another early morning accident that occurred around 3:30 a.m. Sunday claimed the life of Marisa Rose Barragan, 18, of Laurens.

Barragan was traveling alone in a 2012 Nissan sedan on Highway 49 just south of Curry Road in Laurens when she lost control and ran off the left side of the road, hitting a guardrail and trees, said Miller.

Barragan was pronounced dead at the scene of the accident due to blunt-force trauma to the head and body. Miller said she was not wearing a seatbelt and was entrapped in the vehicle.

Barragan, a native of Denver, Colorado, was the daughter of Mario Barragan-Delgado and Jody McCormic Barragan of Laurens.

According to her obituary from Kennedy Mortuary in Laurens, she graduated from South Carolina Whitmore School, an online charter school, and was a talented artist and musician.

Memorial services are scheduled for 2 p.m. Saturday at The Kennedy Mortuary Chapel.