A Fountain Inn man died in a I-385 crash early Saturday morning near Exit 30.

According to reports, David Johnson, 71 was killed in the single-vehicle wreck and pronounced dead at the scene of the accident. 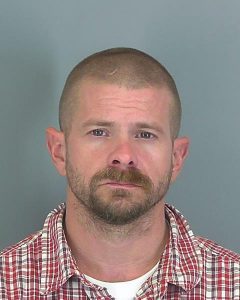 Arrest made in Enoree hit and run

An Enoree man was arrested this past week and charged with the earlier hit-and-run death of a pedestrian in Enoree, the South Carolina Highway Patrol announced.

Kyle Burch, 30, was struck and killed while walking across Parker Road in Enoree on Sunday, Nov. 17.

Units from Laurens County and the City of Laurens responded Saturday to a house fire on Fleming Mill Road.

Volunteers from the American Red Cross are currently helping two adults and one child who were affected by the blaze. The Red Cross is provides food, clothing, lodging and other essentials for fire victims.