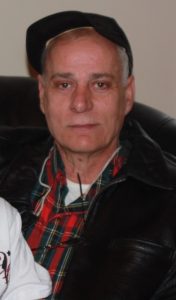 He was born in Clinton and was a son of the late James McElroy Copeland, Jr. and Elizabeth Lee Deyton Copeland.

John proudly served his country in the United States Army and was honorably discharged in 1975. He earned three degrees from Piedmont Technical College and retired from Avery Dennison Clinton Plant. He was a member of the Duncan Creek Presbyterian Church.

In addition to his parents he was predeceased by a brother, Tim Copeland and brother-in-law, Ernest Gilliam.

A memorial service with Military Honors to celebrate his life will be conducted graveside Tuesday, November 26th at 2:00 P.M. at the Duncan Creek Presbyterian Church Cemetery.