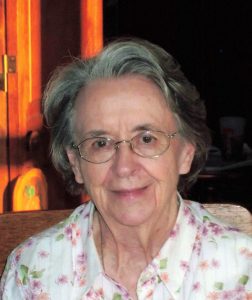 Born in Spartanburg, she was the daughter of the late Carl and Alvis Henry Nash.  Margaret was a homemaker while her children were growing up and later retired from Union Carbide after 13 years of dedicated service.  She was a caretaker with a servant’s heart who took care of both of her parents and her in-laws during their later years.  She was a loving mother and grandmother who enjoyed spending time with her family.  Margaret was a faithful member of Chestnut Ridge Baptist Church and the Joy Sunday School Class.

Visitation will be held from 1:00-2:00 pm, on Wednesday, November 27, 2019, at Chestnut Ridge Baptist Church.   Funeral Services will be held at 2:00 pm in the church conducted by Rev. Alex D. Henderson and Rev. Richard Cain with burial following in the church cemetery.