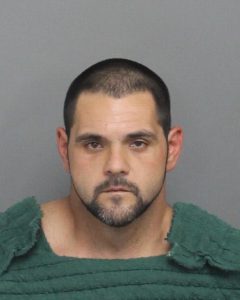 A Laurens man with a lengthy criminal record who police say was driving on a suspended license was arrested and charged in the hit-and-run death of a 17-month-old girl Sunday.

Adrian Daniel Brown, 33, was traveling west in a 1996 Dodge pickup on Belleview Church Road in Laurens when he allegedly struck three pedestrians, killing toddler Ay’Vah Tierani Samuel, who was in a stroller, and left the scene of the accident. The accident occurred a few minutes before 6 p.m.

South Carolina Highway Patrol Trooper Joe Hovis said a 20-year-old from Woodruff and a 15-year-old from Laurens were struck and injured in the incident and transported to Prisma Laurens Memorial Hospital.

The SCHP is handling the investigation with the Laurens County Coroner’s Office and the SLED Child Fatality Unit. According to the coroner’s office, Samuel died of blunt force trauma to the head. She died after being transported to the Laurens hospital, Hovis said. 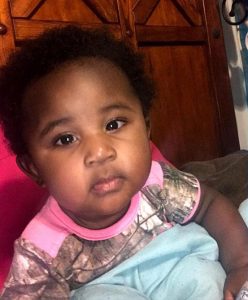 According to a search of 8th Judicial Circuit court records, Brown’s criminal history includes numerous traffic violations, including multiple convictions of driving under the influence. He has been charged with and convicted of driving under suspension no fewer than three times.

Brown faces up to 25 years in prison and a $25,000 fine if convicted of the current charges.

Ay’Vah Samuel is survived by her parents, Adrian and Keyetta Samuel and nine siblings in addition to her grandparents.

A funeral for Ay’Vah Samuel is scheduled for 2 p.m. Saturday at Springfield Baptist Church in Laurens.