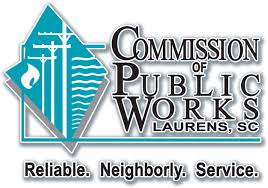 resolutions this week ahead of a Thursday morning, Nov. 21, meeting of the Piedmont Municipal Power Authority.
At issue is the supplemental power agreements that the 10 cities have previously abided by. Supplemental electric power for larger cities has come from the reserves of the smaller cities, and costs for purchasing those reserves includes the built-in debt service and maintenance costs which come with each KW hour needed. Then on days  which are particularly hot and the electricity generated from the Catawba Nuclear Plant can’t keep up with demand, PMPA purchased wholesale electricity from Santee Cooper.
On Dec. 31, 2018, three of the cities, Rock Hill, Greer and Westminster, gave notice that they were pulling out of the supplemental power agreeme 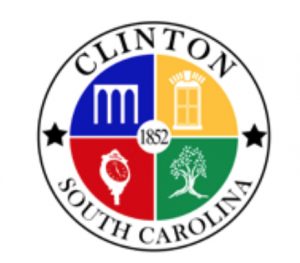 nt effective Dec. 31, 2028, and it has left the other seven cities in a quandary as to whether or not they should also give notice. On Thursday, a Memorandum of Understanding would determine which of those cities were were willing to remain under the approved agreements.
“What you don’t want to be is the only city left if the other cities pull out,” Laurens Commission of Public Works General Manager John Young told Laurens City Council in open session Tuesday evening. The resolution, which council approved unanimously, gives Young the power to vote to stay or decline the agreement to continue the with the other six cities. Leavingthe supplemental power agreement would be a last resort, Young said.
“I hope we can all stick together on this,” Young said. “A lone city looking for supplemental power will be at a serious disadvantage compared to a group of cities, and costs would undoubtedly go up.”
But the other thing is, Young said regarding the Santee Cooper wholesale electricity usage, “currently we are supporting a South Carolina utility, and Santee Cooper is heavily committed to helping with economic development projects. Duke and Georgia Pacific are not going to be offering us economic development grants like Santee Cooper does.”
“I can’t imagine that in ten years we would find power at a much better price,” Young added, “and there are a lot of benefits in staying with Santee Cooper.” 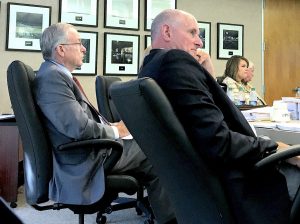 While Laurens City Council’s discussion about the matter was all in open session at its regular November meeting, Clinton City Council used a special called meeting at 7:30 Wednesday morning and discussed the agenda item of “one legal matter relating to PMPA” in executive session. When council returned to open session, a motion for action was made by council member Meagan Walsh.
“I make a motion that we adopt a resolution authorizing the execution and delivery of memorandum of understanding; and other matters thereunto,” Walsh read.
It was seconded and council voted to approve it unanimously.
Following the adjournment, Clinton Mayor Bob McLean said the discussion needed to be in executive session because it was a contractural matter, but that it did pertain to the PMPA supplemental sales agreement. Copies of the resolution were provided.
“All this does is it authorize me to vote on this one day,” McLean said. “I get to make the decision of how I want to vote.”
McLean said the Memorandum of Understanding that is to be available at PMPA Thursday, Nov. 21, will be an opportunity to determine if any or all of the remaining seven cities are willing to stick with the long-agreed upon supplemental sales agreements at least for another year and work together to sort out issues. It’s also to prevent another scenario such as occurred literally the last day of the year in 2018, when Rock Hill, Greer and Westminster gave notice they’d be getting their supplemental power elsewhere starting in 2029.
“I asked PMPA to create a memorandum of understanding for the rest of the cities to sign that we agree to work on this and that you’re not going to pull out at the last minute and leave somebody holding the bag,” McLean said. “If all seven cities stay in it gives another year to work on the supplemental power agreement and nobody gets surprised at the last minute like we did last December.”
McLean said the matter needed to be handled in closed executive session because it was a contractural matter and the resolution wasn’t completed until Tuesday afternoon.
“And a lot of the information was confidential,” he said. “Information that was related to the contract, related to the extension of the contract, and there were so many different moving parts. We don’t know what the other cities will do because there’s a lawsuit and some cities aren’t even talking to each other.”
Posted in News and tagged Catawba Nuclear, Clinton SC, electric rates, Laurens SC, municipal power, PMPA, upstate SC, utilities