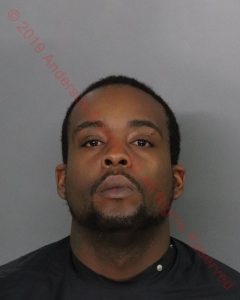 A second arrest has been made in connection with a Nov. 4 murder in Clinton.

Tukes and Osvaldo Antonio Flores are both charged with murder in connection with the shooting death of Miguel Gutierrez-Mendoza of Clinton. Flores was arrested at the scene on Highway 72, where he and Mendoza lived.

Mendoza died of multiple gunshot wounds after being transported to the Laurens Memorial Hospital.