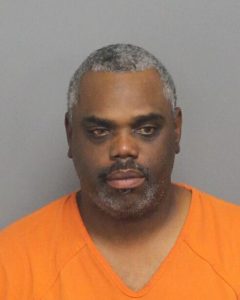 A Gray Court man remained in the Johnson Detention Center Tuesday after being arrested and charged with armed robbery by the Laurens County Sheriff’s Office.

According to the LCSO, Crerousia Smith, 43, allegedly robbed the Exxon gas station on Highway 14 in Gray Court at knifepoint.

The LCSO said Smith demanded money while wielding a knife after entering the store just before midnight on Saturday. The suspect then ran out of the store and left the scene on foot, heading toward Laurens.

Several tips led deputies to Smith, and he was taken into custody without incident.

“The suspect was apprehended a short time later,” LCSO Capt. Robert Wilkie said while addressing the Gray Court Town Council at its regular meeting Monday night. “Luckily, nobody got hurt.”