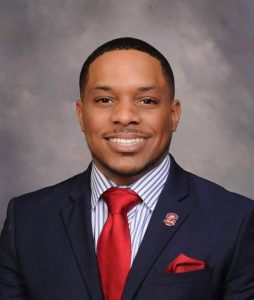 “I’ll be in charge of going around the state and making contacts with state and local leadership, getting endorsements and support,” said McDaniel, who was already on the road for the campaign.

“I’m headed to Columbia now, and I’ll be in York later today,” he said when reached Tuesday morning.

McDaniel spent two years living in South Bend and said he was impressed by Buttigieg’s work as the city’s leader.

“I got to see the development, see the growth and see the direct impact he was having on the city,” McDaniel said. “He comes from local government, but he’s also experienced when it comes to the military – he’s one of the only candidates who has actually served.

“I like his background in local politics. That’s the essence of government for people like him and me – you affect lives on a daily basis, and I think that will translate well into D.C.”

The road to win Buttigieg support among Democratic voters won’t be easy between now and February’s Primary Election.

Most polls have Buttigieg grouped with several other candidates well behind frontrunners Joe Biden, Elizabeth Warren and Bernie Sanders.

According to a Monmouth University poll from late October, Buttigieg is polling at 3% in South Carolina, in fifth place in the crowded Democratic field behind Biden, Warren, Sanders and Sen. Kamala Harris (D-California). A September Winthrop University poll had Buttigieg at 4%.

The numbers are similar for Buttigieg nationally. An NBC-Wall Street Journal poll has Buttigieg in fourth at 6%, ahead of Harris. A Fox News poll similarly has Buttigieg at 7%.

McDaniel is among several local Democrats working on national campaigns for 2020. Gray Court Town Councilwoman Shaterica Neal is the state organizing director for presidential candidate Corey Booker, and Laurens native Byanta Maxwell, a former staffer for Rep. Jim Clyburn, is the political director for Jaime Harrison. Harrison is challenging Sen. Lindsey Graham for the Senatorial seat he has held since 2003.