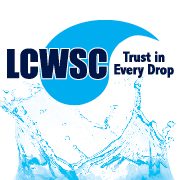 The Gray Court Town Council is considering an agreement with the Laurens County Water and Sewer Commission that would potentially provide the town with new water meters for its customers.

The proposed six-year agreement was outlined Monday night at council’s regular meeting. If council members agree to the expanded partnership, LCWSC would take over billing for the town’s water customers.

The Town of Gray Court already purchases water for resale from the LCWSC.

But the town is also in need of new water meters for many of its customers. LCWSC Executive Director Jeff Field outlined a six-year agreement between the two entities that would net the town 350 new water meters – replacing every meter currently in service – at a cost of $150,000.

“We found that it would be better to replace all of the meters at once,” Field said.

The $150,000 cost of the replacement meters would be paid back over the six-year – a three-year initial agreement with a three-year renewal option – lifetime of the contract at $25,000 per year. That money would come from water billing, so the town would not have to come out of pocket for any of the meters unless municipal leaders decided to void the contract after three years.

The average cost of water for Gray Court customers would go up on average $1.81 per month because customers will be billed at LCWSC rates, according to Field.

The new meters could be read remotely, so neither municipal nor contracted employees would be required to read the meters each month.

Though there are still logistics to be worked out, Field said bills could still be paid as they are now at the Gray Court Town Hall.

Council members took no action on the proposal Monday, but are expected to vote on it at their November meeting. If council members decide to accept the contract following review from their own staff, Field said the new meters could be installed as early as January.

• Preparations are underway for the 2019 Gray Court Christmas Parade, which is scheduled for Saturday, Dec. 7 at 2:30 p.m.

This year’s theme for the parade is “Christmas begins with Christ.”

Entry forms for the parade are available at Town Hall and online at townofgraycourt.sc.gov. Anyone with questions can call Patrice Harp at Town Hall at 864-876-2581.

Deadline for entry in this year’s parade is Monday, Dec. 2.

• Bikers Against Bullies and the Gray Court Area Fire Department will host a Trunk or Treat at fire department on Halloween at 52 Dove Road in Gray Court.