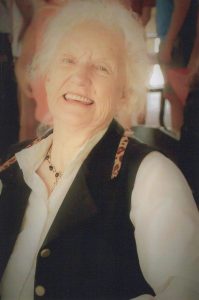 Lula “Florina” Justus Melton, 88, wife of the late John Martin Melton, of Gray Court, passed away peacefully in her home on Wednesday, October 16, 2019.

Born on November 28, 1930, in Mountain Rest, SC, Mrs. Melton was the daughter of the late Caleb and Inez Wilson Justus. Florina was a loving mother and grandmother. She was a homemaker as well as a remarkable seamstress who loved making beautiful blankets and pillowcases for her family. She was a beloved friend to many and enjoyed life with a smile on her face.

Funeral services will be held at 2:00 P.M. on Monday, October 21, 2019 at Davenport Funeral Home Chapel with burial to follow in the Justus Family Cemetery.

The family is at their respective homes.

Condolences may be sent to the family by visiting www.davenportfuneralhome.com