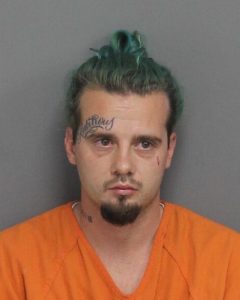 A motorcyclist was shot and wounded in the arm in an apparent road rage incident late Monday night on Highway 221 outside of the City of Laurens.

Deputies from the Laurens County Sheriff’s Office later located the two men alleged to have been involved after receiving descriptions of the men and their vehicle from the victim and another witness.

Taliaferro Cunningham, 21, of Ware Shoals and Austin William McDonald, 26, of Donalds were taken into custody and charged in the incident. McDonald is alleged to have been the shooter and is charged with attempted murder and possession of a weapon during a violent crime. Cunningham is charged with breach of peace of a high and aggravated nature.

The incident occurred around 11:20 p.m. as Garrett Madden, who also turned 24 Monday, of Laurens was driving his motorcycle home on Ekom Beach Road. 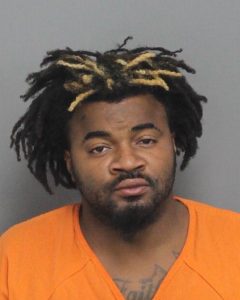 According to a Facebook post from Madden’s mother, Karen Madden, the two alleged assailants began “riding his bumper” after the victim passed them on Ekom Beach Road.

After stopping in the median on Highway 221 at Hot Spot, the pair cut him off and cursed him, the post read. In front of Stepping Stones Daycare, Garrett Madden felt something “in his arm and a burning sensation.”

As the vehicle passed the victim, a man waved a gun out the window, the victim reported.

Madden flagged down another motorist who called 911. He was transported by EMS to Self Memorial Hospital in Greenwood and is expected to undergo surgery Wednesday.