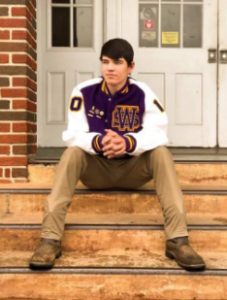 Timothy “Austin” Sondles, 17, succumbed to head and chest injuries after being airlifted to Prisma Health in Greenville.

Sondles graduated from Ware Shoals High School earlier this year. He was a member of the football team.

He is survived by wife Alexa and a daughter, Layla, in addition to his parents and siblings.

“Our district and community mourns the loss of Austin Sondles, Class of 2019,” a post on the District 51 Facebook page read. “He is the grandson of Pam Wagner, who has worked here for many years as a bus driver and teacher’s assistant. Please lift this family up as they deal with this tragic loss!”

Sondles is the second member of the Ware Shoals Class of 2019 to perish in a tragic accident. Trinity Harrison was killed by an alleged drunk driver in a prom night wreck.

Funeral services are scheduled for 1 p.m. Saturday at the Kennedy Mortuary Chapel.