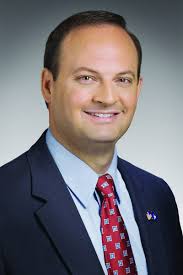 A second round of indictments has been handed down in operation “Cash Cow,” including three in Laurens County.

South Carolina Attorney General Alan Wilson announced the indictments for 21 new defendants in the sweeping operation aimed at stopping the flow of illegal drugs and other contraband into the state’s prisons and jails. The first round of indictments for Cash Cow were announced in November of last year.

Those facing charges in Laurens County include India Cierra Bryant of Greenwood, Alan Michael Cowell of Sumter and Brittany Nicole Wilson of Greenwood. Each of the three are facing charges of criminal conspiracy and accessory before the fact of furnishing contraband to prisoners. Bryant, Cowell and Brittany Nicole Wilson are also listed as new defendants in the probe.

“You’re putting lives at risk when you support or solicit trade,” Alan Wilson said during a Friday press conference attended by Laurens County Sheriff Don Reynolds. “To those people out there, if someone inside the prison is asking you to do something you’re doing it at your own peril. You’re potentially exposing yourself to some serious prison time, and you’re potentially exposing lives.”

According to the attorney general’s office, 38 people so far indicted in Cash Cow are facing as many as 200 criminal charges altogether.

Investigators paint suspects as participating in sometimes elaborate schemes to smuggle contraband into detention facilities. According to indictments, the schemes were run by inmate leaders who “essentially employed people both inside and outside the prisons to assist in obtaining an distributing the contraband.”

Friends, family, girlfriends and correctional officers are among the indicted so far in Cash Cow.