After two levels of court rulings in favor of Laurens Commission of Public Works during the last few years, the Supreme Court of South Carolina last week ruled in favor of Fountain Inn in the suit that originated in 2011.
“We are excited to put this behind us, once and for all.” said Fountain Inn City Administrator Shawn Bell in a press release sent out Friday afternoon, Sep. 27. “It’s really about one thing and one thing only, competition and the free market which is about as American as apple pie. This is great for companies and consumers in that it allows open competition for their business, which ultimately means better pricing.” 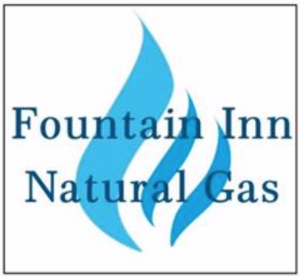 According to the Supreme Court ruling on www.sccourts.org, LCPW had supported its claim based on action it took 20 years when it agreed with the City of Fountain Inn to serve natural gas customers within their own service areas. At the time, according to an earlier story by the Laurens County Advertiser, CPW had consulted with Fountain Inn in the early 1990s about Gray Court area customers’ desire for natural gas. Since Fountain Inn wasn’t interested in serving the area, CPW floated a bond for about $2.5 million to run lines to the north part of Laurens County. It continued to serve several residential customers in the area, hoping that eventually industrial customers could help cover the cost.By
By 2010 when ZF decided to build in Owings Industrial Park, however, the City of Fountain Inn bid for the job and CPW won the bid. In spite of the lawsuit filed the following year by CPW, Fountain Inn began building natural gas lines toward the Owings Industrial Park. The Circuit Court ruled in favor of CPW, as did the Court of Appeals in June 2018.
In the online Supreme Court ruling, the justices read testimony and documents presented by those involved.
“In support of its claim,” said Justice John Kittredge in www.sccourts.org, “LCPW asserted it had satisfied the requirements of section 5-7-60 by providing natural gas in the general vicinity for twenty years, pursuant to a 1992 boundary line that was informally agreed to by Laurens and Fountain Inn. Agreeing with LCPW that it had properly created a designated service area, the circuit court enjoined Fountain Inn from providing natural gas service to the industrial park, and the court of appeals affirmed.”
The South Carolina Court of Appeals handed down its ruling in favor of LCPW in late June 2018, and soon afterward Fountain Inn said it would take the case to the state’s Supreme Court.
Those included letters from officials from CPW and Fountain Inn , and both approved a 1992 map providing the boundary linesBut though resolutions were planned, neither utility ever followed through with formal resolutions. The Justices on the Supreme Court said the municipalities or the utilities supplying those utilities cannot set boundary lines outside the city limits.
The justices said in their opinion the counties could set those boundaries, but since no official boundaries were in place the high court reversed the rulings on Sept. 18.
“We agree with the lower courts that section 5-7-60 is unambiguous, and we therefore must apply the statute as it is written,” noted the Supreme Court in its online document.
CPW General Manager John Young said the commission is disappointed and it wasn’t the ruling the Laurens utility had hoped for.
“It’s not the competition we are concerned about,” Young said. “We competed for ZF’s service and they chose us based on our lower rate. Now we look forward to working with Fountain Inn to make this a positive for all involved.”
Posted in News and tagged Fountain Inn, Laurens Commission of Public Works, natural gas, SC Circuit Court, SC Court of Appeals, South Carolina Supreme Court, upstate SC