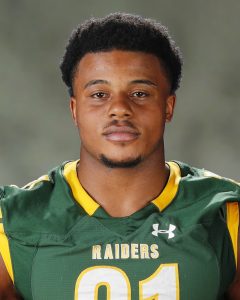 Shrine Bowl roster for South Carolina on Monday. He is the fourth Raider to be selected to the Shrine Bowl in the last six years, and the sixth player overall to be picked for an all-star game in that same time.

“We are extremely proud of Duane Martin for being chosen to represent Laurens H.S. in the 2019 Shrine Bowl,” Laurens Head Coach Chris Liner said Monday. “We are also elated for his family, teammates, teachers and coaches who all had a part in making this dream come true.”

Martin is in his senior season with the Raiders. He has verbally committed to Louisville for next season.

The Shrine Bowl will be played on Dec. 21, starting at 1 p.m., and will be held at Wofford’s Gibbs Stadium.