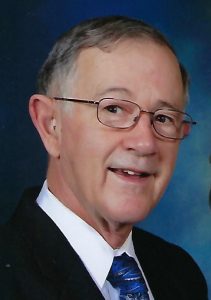 Born in Greenwood, June 28, 1947, he was a son of the late Thomas Franklin and Ruth Rowland Hill.  Coach Hill was a 1965 graduate of Hickory Tavern High School where he was the Senior Captain of the Football, Basketball and Baseball Teams.  After high school, he attended both Anderson Junior College, now Anderson University, and Carson-Newman University on a Baseball Scholarship.  After graduating Carson-Newman University in 1970, Coach Hill returned to Greenwood and began his coaching and teaching career at Southside Junior High School.

While at Emerald High School, Coach Hill won the 1998 AA State Championship and he was awarded the 1998 State Football Coach of the Year Award.  He was inducted into the Emerald High School Hall of Fame and they also honored him by renaming the athletic stadium Frank Hill Stadium.  He was also inducted into the Laurens County Athletic Hall of Fame and selected to serve as coach for the SCHSL North-South game. After retiring in 2004, Coach Hill was honored to serve annually on the staff of the North Team for 13 years.  He served as a high school and college basketball referee and was chosen to call the NAIA College Final Four game in Kansas City.  He was a high school and college baseball and softball umpire and a South Carolina High School Football Official.

A dedicated member of St. Mark United Methodist Church for over 42 years, Coach Hill served in numerous leadership roles and was currently serving as church treasurer and president of the Charles Poore Sunday School Class.  He was a Good News Club Volunteer at Merrywood Elementary School and was a member of the Greenwood Lions Club, Greenwood Touchdown Club and the Greater Greenwood Clemson Club.  Most importantly, he loved serving his Lord, his Family and his Community.

He is survived by his high school sweetheart and wife of 50 years, Wanda and their two children, Kelly Hill Hickman and husband Jeff of Charlotte, NC and Paige Hill Holley and husband Russell of Greenwood; two grandsons, Hogan and Lake Hickman of Charlotte; two brothers, Sam Hill and wife Connie of Laurens and John Hill and wife Gloria of Spartanburg; two sisters, Mary Beacham and husband Dan of Honea Path and Annie Davis of Columbia along with many nieces and nephews.

Private burial will be in Rabun Creek Baptist Church Cemetery in Hickory Tavern.

Honorary escort will be members of the Charles Poore Sunday School Class and members of his coaching staff at Emerald High School.

The family will receive friends at Blyth Funeral Home from 4:00 to 7:00 Sunday afternoon.

The family request that flowers be omitted and memorials made to St. Mark Masters Plan Fund, 550 Highway 72 W, Greenwood, SC 29649.