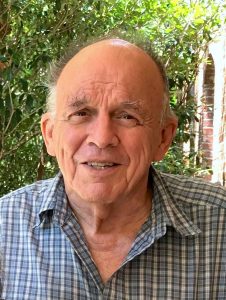 Walter J. Bauder, age 83, of Clinton, SC passed away Monday, September 9, 2019.
He was born in Elwood City, PA and was the son of the late Walter Miller Bauder and Mary Magee Bauder.
Dr. Bauder was a graduate of Taylor University, Clemson University and the University of Georgia. He was a teacher of High School Science at Palmetto High School in Williamston and Clinton High School in Clinton, SC. He was a member of the Bethany Presbyterian Church of Clinton, SC.
He is survived by his wife, Dolores Thompson Bauder of the home; his sons, Tom Bauder (Jody) of Edmonds, WA and Todd Bauder (Janine) of Charleston, SC; his daughter, Amy Carter (Robert) of Waxhaw, NC; brothers, Theodore Bauder of Colorado, Mark Bauder of Pennsylvania; sister, Florence Manasterski of Elwood City, PA; nine grandchildren and eight great-grandchildren.
In addition to his parents Mr. Bauder is predeceased by his brothers, John Bauder and David Bauder; his sisters, Harriet Allen and Floy.
Funeral services will be conducted Sunday, September 15, 2019 at 2:00 PM at Bethany Presbyterian Church by Rev. Herb Codington with interment at Old Williamston Cemetery in Williamston, SC.
The family will receive friends Saturday, September 14, 2019 from 6:00 PM to 8:00 PM at the Gray Funeral Home in Clinton.
In lieu of flowers the family request memorials be made to Shevet Achim https://www.shevet.org/ more information will be available at the service.
Condolences may be expressed to the family at www.grayfuneralhome.com.Gray Funeral Home of Clinton
Posted in Obituaries and tagged Walt Bauder, Walt Bauder Clinton South Carolina, Walter Bauder, Walter J. Bauder, Walter J. Bauder Clinton SC