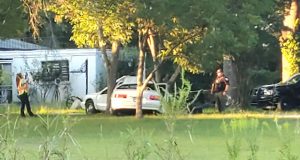 Laurens , South Carolina – According to reports, a white Chevy Caprice crashed into a tree near SC Hwy 14 following a high speed chase through and near Laurens City limits shortly 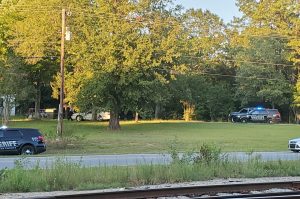 after 7 p.m. Saturday evening. Officers were seen searching the area for the car’s occupants.

Laurens City Police Chief Chrissie Cofield said it was a county case but the LPD assisted the LCSO as they came through the city, and as of 8:15 p.m., the suspect was believed to still be at large.

According to a spokesperson with the Laurens County Sheriff Office, officers are on scene and it is still an active situation.

Check back for updates as they are available.