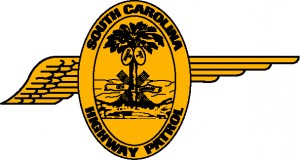 Updated Friday 8/22, 5 p.m.
Gray Court, S.C. – A vehicle vs bicycle accident Thursday evening resulted in the death of a bicycle rider 1.4 miles north of Gray Court.
According to Chief Deputy Coroner Vickie Cheek, Richard Bouchard, 67, of Cassidi Court, Simpsonville, was struck by a vehicle while riding his bicycle on 101 N on Aug. 22.  Mr. Bouchard was pronounced dead on scene at 7:30 p.m. from blunt force injuries.
Trooper Joel Hovis with the South Carolina Highway Patrol reported that the accident occurred at 7:25 p.m. Thursday when a 16-year-old juvenile driver in a 2015 Nissan hit the bicyclist from behind. The driver of the Nissan was wearing a seatbelt and was uninjured, and the bicycle rider, a male, was wearing a helmet.
Both the vehicle and the bicycle were traveling in the southbound lane.
The driver of the Nissan was charged with driving too fast for condition. The accident is still under investigation by the SCHP.
Posted in News and tagged cyclist killed, Gary Court SC, Laurens County SC, SHHP, South Carolina Highway Patrol, vehicle vs. bicycle