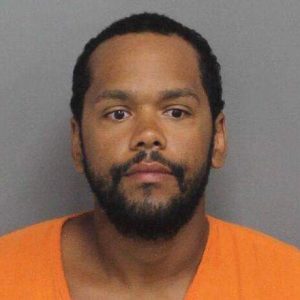 The search for the suspect in the alleged assault of two Laurens Waffle House employees has ended as the Laurens County Sheriff’s Office announced an arrest was made Wednesday afternoon, and today he was released from Johnson Detention Center on a personal recognizance bond.

Jose Antonio Montano of Greenville, South Carolina, was arrested on two counts of third degree assault and battery for a Tuesday morning incident at the Waffle House on Highway 221 N.  The LCSO had issued a request for information about the person and his whereabouts after he allegedly assaulted two employees at the restaurant early Tuesday morning, then left the premises in a white Volkswagen sedan.

On Wednesday afternoon, employees saw the white sedan returning and called the LCSO before he had entered the business, according to an LCSO report. When an investigator arrived, he arrested Montano without incident at approximately 4 p.m., and he was booked into Johnson Detention Center at 5:18 p.m.

On Thursday, however, he was released from the Johnson Detention Center on a personal recognizance bond. The finalized LCSO report from the incident on Tuesday revealed that Montana allegedly pushed one employee to the floor and raised a hand in threat to the other employee. WIth his release on a P.R. Bond, the victims will have counsel if requested with the Laurens County Victim’s Advocate Office.

Unless the suspect requests a jury trial, he is due to return for magistrate’s court on September 16.

Judith Brown contributed to this story.