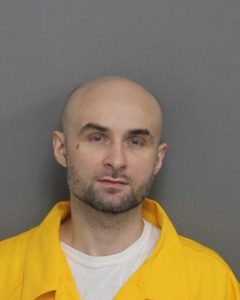 UPDATE: According to the Laurens County Sheriff’s Office, James Robert Peterson, who is accused of orchestrating the murder of a York woman in Laurens County was returned to the South Carolina Department of Corrections following a bond hearing on Wednesday.

The man accused of ordering the murder of a York County woman was temporarilty relocated to the Johnson Detention Center to face murder and conspiracy charges in the Laurens County.

James Robert Peterson was booked into the Johnson Detention Center Tuesday. He is among eight people who have been charged in the murder and kidnapping of Michelle Marie Dodge of York. Dodge’s body was discovered in a wooded area in rural Laurens County off of Ekom Beach Road on July 20.

Because Dodge was shot and killed in Laurens County, the Laurens County Sheriff’s Office is taking lead in the investigation, and the suspects are to be tried here in the 8th Circuit.

Peterson had been serving what amounts to life sentences for murder and drug convictions at the Kirkland Correctional Institute in Columbia before being relocated here. He faces murder and conspiracy to commit kidnapping charges.