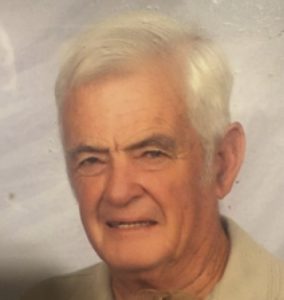 Robert Eugene Henderson, age 80, of Waterloo, South Carolina passed away comfortably at home with his family at his side on Saturday August 3, 2019.

Born the son of J.C. and Belle Stewart Henderson. He was a graduate of Laurens High School 1956. He was the owner of Handyman’s Market for 41 years and a member of Waterloo United Methodist Church for over 50 years. He was an avid supporter of his community. He loved the outdoors and helping others.

A private funeral is to be held for the family. A celebration of life will be held Friday August 9, 2019 at 3pm at Waterloo United Methodist Church in Waterloo, South Carolina.

The family would like to express our thanks for the wonderful help and care given by Hospice of Piedmont of Greenwood. If desired friends may make contributions in his memory can do so to the Hospice of Piedmont http://hospicepiedmont.org/donate/ or Parkinson’s research at https://www.parkinson.org/ways-to-give. Condolences can be sent to hendersonfamily1938@gmail.com.