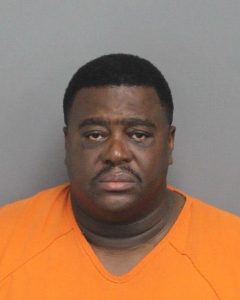 A local pastor was arrested Thursday for failure to register as a sex offender after members of his congregation voiced concerns to the Laurens County Sheriff’s Office.

Henry Masten II  failed to report his job as pastor of Bethlehem Grove Baptist Church in Clinton to authorities in Laurens and Richland counties where he is registered as a Tier III sex offender.

Upon receiving the information, the LCSO issued a warrant for Masten’s arrest. Deputies arrested Masten without incident at the church and booked him into the Johnson Detention Center.

According to the LCSO, Masten’s initial conviction occurred in Ohio in 2014. He was convicted of Gross Sexual Imposition. He also has a 2007 conviction for second-degree burglary in Richland County in 2007.

“This type of incident is concerning,” said Laurens County Sheriff Don Reynolds. “All calls for service are taken seriously and handled professionally. This office responds to all types of calls and handles them appropriately,
regardless of who is involved. We serve and protect fairly and impartially in our actions.”