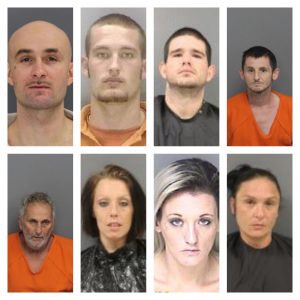 The Laurens County Sheriff’s Office announced six more arrests in the murder of a York woman whose body was found on July 20 in rural Laurens County. Three men have been charged with murder in the execution-styled killing of Michelle Marie Dodge.

James Robert Peterson, who is currently serving a 30-year sentence in state prison for murder in an unrelated case, now faces another murder charge. Investigators say he orchestrated Dodge’s murder from behind bars.

Two other men – Aaron Carrion and Aaron Sprouse – are charged with murder and possession of a weapon during the commission of a violent crime. Both men are also charged with conspiracy to commit kidnapping.

Dodge’s body was discovered with a bullet wound to the back of the head in a wooded area near Ekom Beach Road. On Tuesday, July 23, investigators discovered Dodge’s vehicle abandoned near the Broad River in Cherokee County.

Because the murder occurred in Laurens County, those charged in connection with Dodge’s death and kidnapping will face those charges here.

“I want to thank our investigators as well as the Cherokee County Sheriff’s Office for all of their hard work and dedication during this investigation,” said Laurens County Sheriff Don Reynolds. “Both of our offices worked around the clock to bring justice to this senseless act of violence.”

Lights and music tonight in Clinton; On Friday, letters to and from Santa, movie and treats in Laurens 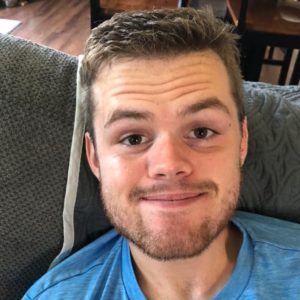