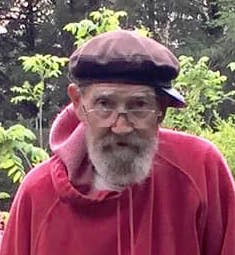 The search for an elderly Hickory Tavern man ended sadly Sunday near his home.

Eugene “Gene” William Reed, known as “Mr. Gene” to many of his Hickory Tavern neighbors, went missing Saturday morning. His body was discovered around noon Sunday a short distance from his home on Highway 76 West, according to the Laurens County Coroner’s Office.

Reed would have celebrated his 74th birthday on Aug. 6.

The Laurens County Sheriff’s Office began its search for Reed Saturday after being contacted by Reed’s family and asked the community for help in locating him on its Facebook page.

According to his obituary, Reed was a native of New Eagle, Pennsylvania. He retired after 21 years in the U.S. Navy and later retired from the Medical University of South Carolina and the state prison system.

A visitation is scheduled for 6-8 p.m. Thursday at the Rabun Creek Baptist Church Fellowship Hall. In lieu of flowers, memorials can be made to the Laurens County Humane Society.