Almost 340 cyclists this morning are making a stop in Laurens County along their 252-mile, 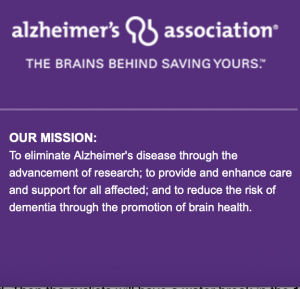 three-day journey in a fundraising ride for the South Carolina Chapter of the Alzheimer’s Association.

A four-member team from the Laurens County Cycle Club is part of the group filling small backroads of South Carolina in “A Ride to Remember,” which is in its 11th year. The route began in Heritage Park in Simpsonville at 8:30 this morning, Friday, July 12, and cyclists are taking small backroads through western and southern Laurens County.
The route is designed to interfere with the least amount of vehicular traffic, traveling along Neely Ferry Road to Todd Quarter Road. Then the cyclists will have a water break in the 10 a.m. to noon range at Buck’s Stop, 28 North Main Street in Cross Hill, probably between 10 a.m. and noon, before continuing on Belfast Road to Newberry for the first 65 miles and the first night. The second day is 89 miles, and the last day from Orangeburg to Mt. Pleasant is 101 miles.
On Monday, Laurens County Team Captain Gary Kuykendall said the trip is very challenging  and the four-members of the Laurens County Cycle Club team have been putting in many training hours to prepare.
“Last week’s training rides were brutal because of the heat but it’s supposed to be a little cooler,” Kuykendall said, adding that this will be his fourth Ride to Remember.
In addition to Kuykendall, the Laurens County cyclists include Justin Brent, and Arime Kommers, and Newberry resident but local club member Chad Jenkins.
Each rider raises a minimum of $750, and as of Monday morning, Jenkins had raised more than $7,000, enough to be in fourth place in fundraising among all the event riders. It’s a number that changes moment by moment up through the end of the ride on Sunday, Kuykendall said, but it’s put Laurens County with its few numbers or cyclists at almost $10,600 raised.
“Chad’s dad just passed away in January from this illness and his family and friends have really reached out,” Kuykendall said.
The entire group of riders, including some from out of state, have brought in more than $440,000 so far, said Beth Sulkowski, Vice President for communications, and the racee hasn’t even begun.
The funds provide local support services in every county in South Carolina as well as research, and anyone interested can call the 24-hour helpline at 800-272-3900, or look for assistance on the website, www.alz.org/sc.
“It’s a challenging ride but it’s a great ride,” Kuykendall said. “When you’re on that asphalt temperatures can be 110 and 113 so you’ve got to stay hydrated and focused, but it’s cycling and is so great for the human body.”
Kuykendall recommends for new riders to start with short rides such as the Flight of the Dove in August, which includes a 14-mile family fun ride option. Anyone interested in networking with the Laurens County Cycling Club for occasional rides of different lengths can contact him at 864-684-4255 or via email at gk73054@gmail.com.
Posted in News and tagged Cycle Club, Laurens County Cycle Club, Laurens County SC, Ride to Remember, S.C. Alzheimer's Assocaition, upstate SC