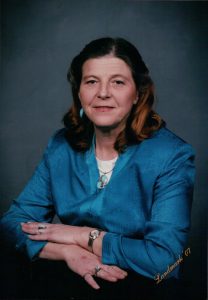 She was born in Clinton, SC and was a daughter of Peggy J. Wyatt and the late William Denford “Dink” Wyatt. She was a homemaker and was of the Pentecostal Faith.

In addition to her father, she is predeceased by her grandparents, William L. Motte and Nora L. Attaway Motte, and Robert Rayburn Wyatt and Martha M. Cuzzort Wyatt.

Funeral Services will be held Thursday, July, 11, 2019 at 12 PM at the Gray Funeral Home Chapel of Clinton, with burial to take place at Rosemont Cemetery. The family will receive friends prior to the service at the funeral home from 11 to 12 PM.

Condolences maybe expressed to the family at www.grayfuneralhome.com.