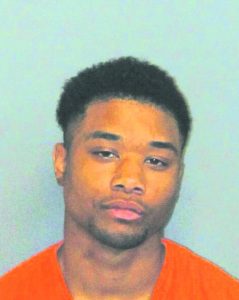 A South Carolina appellate court upheld the murder conviction of a Laurens man convicted of murder in the 2016 slaying of a local teenager.

Attorneys for Fabian Green filed an appeal in early March, asking that the murder conviction and 45-year sentence levied in 8th Circuit Court be overturned. Green was convicted of murder and desecration of human remains by a Laurens County jury on June 2, 2017 in the death of Edwin Diaz, a 17-year-old Laurens District High School student.

Judge Donald B. Hocker sentenced Green, who was 19 at the time of the murder, to 45 years in prison, saying than had Green been older, he would have imposed a sentence of live without the possibility of parole.

Green’s appeal, which was denied on June 26, requested that a mistrial be granted due to comments a bailiff made to a juror. Defense attorneys also alleged that Facebook messages used as evidence against Green had not been verified.

“We conclude the Facebook messages were properly authenticated and the bailiff’s misconduct did not affect the impartiality of the jury,” the court’s decision began.

The appeal claimed that a comment by a bailiff to the jury foreperson prejudiced the jury with a defacto Allen Charge. According to Green’s attorneys, when asked what would happen if the jury did not reach a verdict, the bailiff responded that the judge might invoke the “Allen rule,” a judge’s instruction that encourages the jury to reconvene its deliberations in order to reach a verdict.

“The bailiff’s comments, while astonishingly inappropriate, did not reference facts about the case and cannot be reasonably spun as an Allen charge,” the ruling read.

The opinion, which stated that there was no evidence that the jury was ever deadlocked, also praised Hocker for polling the jury immediately after learning of the gaffe when the defense then requested a mistrial.

“We commend the trial court’s deft handling of this issue,” it read. “Because the evidence excludes any reasonable possibility that the bailiff’s misconduct influenced the jury’s impartiality or its verdict, the trial court did not abuse its discretion in denying Green’s mistrial motion.”

The appeals court also ruled against Green’s claim that Facebook messages presented as evidence against him at trial were fake, saying the messages were properly authenticated.

“The vulnerability of the written word to fraud did not begin with the arrival of the internet, for history has shown a quill pen can forge as easily as a keystroke, letterhead stationery can be stolen or manipulated, documents can be tricked up and telegrams can be sent by posers,” the ruling read. “Viewed against history, the argument that social media should bear a heavier authentication burden because such a “modern” medium is particularly vulnerable to fraudsters may be seen for what it is: old wine in a new bottle.”

Green and girlfriend Karina Galarza lured Edwin Diaz, a 17-year-old Laurens District High School student, to Galarza’s home with the promise of sex and killed him. Green and his cousin, Davian Holman, then drove Diaz’s body to a secluded area near Clinton and attempted to burn the body and the Ford Mustang Diaz had been driving.