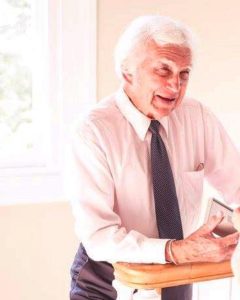 Born in Laurens, he was the son of the late Ernest L. and Nell Bass Tollison. Gene retired from Palmetto Spinning and was a member for over fifty years at New Prospect Baptist Church where he served many roles such as deacon, Sunday School teacher, and youth leader. During the years he was active in the community coaching youth sports and was a motorcycle enthusiast having belong to the Gold Wing Riders Motorcycle Club.

In addition to his parents, he was predeceased by his wife Bert Tollison whom he was married to for sixty-three years and a sister, Shirley Tollison.

Memorial services will be held at 2:00 p.m. on Tuesday, July 2, 2019, at New Prospect Baptist Church conducted by Rev. Phil Hall.

The family will be at the residence and will receive friends in the church immediately following the service.