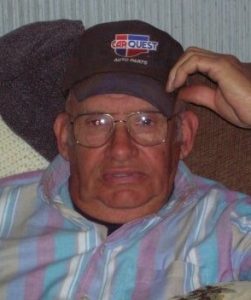 He was born in Spartanburg, SC, and was a son of the late Charles Rufus Scott and Inez Jones Scott.

Mr. Scott was retired from Gilland Plant in Laurens; he was a veteran of the SC National Guard; an avid coon hunter and outdoorsman; and truly enjoyed being anywhere there was a gathering of friends with food.

Graveside services will be held Thursday, June 13, 2019, at 1 PM at Forest Lawn Cemetery. The family will receive friends at the cemetery from 12 to 1 PM prior to the service.

The family will be at the home of his daughter, Paula McKellar, 116 Vern Cora Road, Laurens, SC 29360