Laurens County Chief Magistrate Leesa Inabinet was remembered this week as a dedicated and valued part of the county’s judicial system. 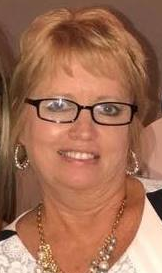 Inabinet, 62, died Friday following a medical episode in Laurens. She was driving her vehicle on Highway 221 North at Chestnut extension when she suffered the episode around 1:30 p.m. She pulled to the side of the road and lost consciousness. Afterward, her vehicle rolled into the ditch.

“Judge Leesa Inabinet was the epitome of a public servant and, more importantly, a good friend,” said 8th Circuit Solicitor David Stumbo. “She sacrificed an incredible amount of personal time and energy in serving the citizens of Laurens County, particularly in the past couple of years as the magistrate’s office has been short staffed. I, along with many others, will miss her greatly.”

Inabinet was reportedly en route to the swearing in of a new county magistrate, Tracy Richards, when the medical episode occurred. Inabinet was appointed chief magistrate for Laurens County in February of 2016.

“I think she did an excellent job here,” said Laurens County Administrator Jon Caime. “She came in during a pivotal point in that office. We had some restructuring we were doing here, and the magistrates were working out of a cramped space, and we consolidated positions, moving the Gray Court office into the county. She did an excellent job and worked tirelessly to make all of that happen.”

In addition to her tenure in Laurens County, Inabinet served as a magistrate in Greenwood and Ninety Six.

A memorial service is scheduled for 3 p.m. Thursday at Cedarwood Community Church in Greenwood. She is survived by husband Dennis Inabinet as well as her mother, Juanita Dillashaw Wheless. Also, her children, Tiffany Enter and Kayce Inabinet, a brother, Sparkie Wheless and two grandchildren.