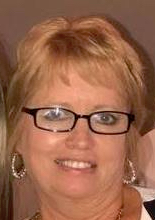 A text from LPD Chief Chrissie Cofield said that Inabinet was driving on U.S. Highway 221 North at Chestnut Extension when the episode occurred around 1:30 p.m. Inabinet pulled to the side of the road and lost consciousness. Afterward, her vehicle rolled into a ditch.

No other vehicles were involved.

The incident remains under investigation by the LPD and the Laurens County Coroner’s Office.

Inabinet was named Chief Magistrate of Laurens County in February of 2016. She also served as a magistrate in Greenwood and Ninety Six during her career.