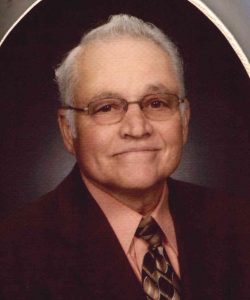 Mr. Culbertson was born in Greenwood County to the late William Bascomb and Nellie Martin Culbertson.

He retired after 40 years of service from Laurens Glass. He was a member of Union Baptist Church where he has served as deacon and grounds keeper.

He was a lover of nature and spent much of his time outdoors. Whether working his garden, tending to his cows or cutting firewood for shut-ins, he was happiest when working outside.

He was predeceased by his wife, Christine “Chris” Williamson Culbertson, six sisters and one brother.

The family will gather at the home of his daughter, Kimberley Vaughn, 1321 Scuffletown Rd., Simpsonville and will receive friends at The Kennedy Mortuary on Saturday, June 1, 2019, from 6:00-8:00 PM.

Funeral services will be held at 3:00 PM on Sunday, June 2, 2019, at Union Baptist Church conducted by Rev. Alex D. Henderson with internment to follow in the church cemetery.