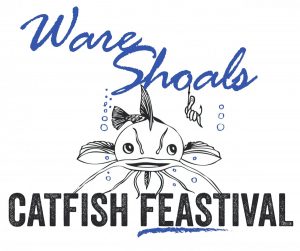 If attendance holds up for this weekend’s Catfish Festival, event Chairman Rick Holland expects the population of Ware Shoals to increase more than 10-fold over the course of the weekend.

The 39th edition of the Catfish Feastival is expanding with entertainment added Thursday night with the popular beach music and rhythm-and-blues of The Mighty Tams on stage at 7 p.m.

“We’re hoping this year’s Feastival will be something really special, so that we can really have a blowout next year for our 40th,” said Holland.

The Catfish Feastival is presented annually by an 11-member board in charge of the non-profit organization and a cadre of volunteers that do everything from cooking to selling tickets and merchandise as well as ferrying attendees to and from the action in golf carts from often distant parking locations.

In addition to a rubber duck race and seven musical acts over the course of the weekend, the event also includes carnival rides and vendors.

But the star of the show is the catfish, which will be cooked up in fryers and in stew by around 25 volunteer chefs beginning Thursday.

Holland said around 2,500 pounds of catfish is expected to be cooked up and serve during the Feastival.

“They really put in a lot of hard work with the catfish,” he said. “They’ll start preparing the catfish stew and all of that on Thursday.”

The volunteers will begin serving catfish at 5 p.m. Thursday at the Catfish Building.

The carnival rides will open tonight at 5 p.m. at the Catfish Feastival for Family Night.

The official opening ceremonies for this year’s Feastival are scheduled for 10 a.m. Saturday.

Here is a complete schedule of entertainment and events at this year’s Catfish Feastival: