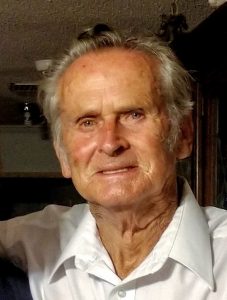 He was born in Union, SC and was a son of the late Charlie Lawson and Sara J. Brewington Lawson. He was a former employee of Palmetto Homes. Mr. Lawson was an active member of Davidson Street Baptist Church and was a former member and deacon of Bellview Baptist Church. He was also a member of Rossie Walker Masonic Lodge #354, and the Hejaz Shrine Temple. He truly enjoyed helping others in the community.

He is survived by his wife, Fay Lark Lawson of the home; his daughter, Laura Lorraine Reese and her husband, Tommy of Clinton; his adopted daughter, Carol McBride of Spartanburg: his sister, Kate Wofford of Cross Anchor; his seven grandchildren, five step-grandchildren, and four great-grandchildren.

In addition to his parents he is predeceased by his son, Kenneth Ray Lawson, his three brothers, Earl, Ernest, and CJ Lawson, and his sister, Ruby Sinclair.

Funeral Services will be held Thursday, May 23, 2019 at 2 PM at the Davidson Street Baptist Church with burial to take place at Pinelawn Memory Gardens. The family will receive friends Wednesday, May 22, 2019 from 7 to 9 at the Gray Funeral Home in Clinton.

The family will be receiving flowers or donations may be made to a charity of one’s choice.

Condolences may be made to the family at www.grayfuneralhome.com.